For those who have thought of an idea for a tech startup in a crowded space, it can be tempting to think that your idea must be completely brand new and inventive. Especially when you consider the seemingly ubiquitous announcements that so-and-so big name venture capital investor has chosen to back so-and-so startup looking to go where no one has gone before, which tend to dominate the headlines. However, if done right, there can also be room for those who have built a better mouse trap to enter into a crowded space and make a name for themselves.

In this episode, Malcolm Ethridge sits down with the CEO and co-founder of Battery Xchange, Desmond Wiggan, to discuss what it was like starting his own tech company, a few of the hurdles he has encountered along the way, and how one small tweak to their target market has made a big impact on their success.

Desmond Wiggan is the CEO and co-founder of Battery Xchange, a sharing economy platform providing device charging on the go. Prior to founding Battery Xchange, Desmond spent time as an account manager for Pepsi corporate and spent time as a cross-border technology consultant working in Guanxi. He is a highly motivated innovator who aspires to emulate leaders, such as the Rockefellers and the Carnegies for his generation. During Desmond’s early career in cross-border technology, he learned the importance of relationships and networking, which has now made him a relationship seeker and networking junky. He wishes to leave a legacy for himself and his family. Demond’s goal is to gain as much exposure, experience, and knowledge as he can. 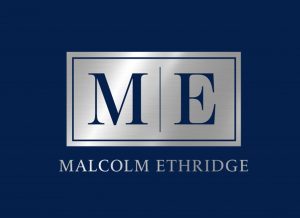